Coming up with a Good First Line for a Novel

Over the years I have read literally thousands of openings of unpublished fiction. When one of my followers asked for help coming up with a good first line, I wrote this post. Hopefully it will help you craft an opening that rocks, but if not, it will at least tell you about the clichés you might want to avoid. Here are some methods you can use when coming up with an opening line:

For some people, it’s easiest to just start writing and come back and look through what’s been written to see if any of it would work as a good first sentence. Then the writer rearranges the first few pages to accommodate that. He finds his first sentence by writing.

This is similar to Method 1. The writer just starts writing, and it might be a bunch of rambling stuff that’s actually not that important to the story. The writer is just trying to find the beginning of the story. When she discovers it, she chops off the starting, where all the rambling is.

If you want to start with a good first sentence right off the bat, think of some sort of hook you could begin your opening scene with. The first sentence usually needs to grab the reader somehow. Keep reading for how to do that.

The main elements of a story are character, setting, conflict, and theme. Pick one of those elements and come up with an interesting first sentence to introduce it.

The best first sentences usually promise conflict or intrigue us somehow. A lot of people think they need to start with something life-threatening, like a bomb going off. That can work, but as someone who has gone through submission piles, it can also get old, if it’s not told in an interesting way, like this.

The bomb blew apart the grocery store down the street; Grandma Smith listened to the sirens and went back to knitting with a smirk.

The opening sentence doesn’t have to contain life-altering information to be a great one. It just has to be interesting and make us want to learn more. One way to do this is to create interesting contrasts. Here are some examples I came up.

Mom handed me my Birthday present, and my stomach dropped.

We usually associate Birthdays with happy emotions, but the narrator feels sick about this present, so immediately, we want to know why, so we keep reading. It’s an interesting contrast.

I took twice as long as usual to brush my teeth because Dad always preached the importance of looking your best at a funeral.

You can grab attention by opening with an intriguing description; One of my favorite sentences comes from Dashiell Hammet’s: “The Maltese Falcon”. He opens his story with a character description, and while this sentence wasn’t THE opening sentence, it would have worked brilliantly.

[Samuel Spade] looked rather pleasantly like a blond satan.

Okay, there are several great things happening here at once. First, I would never say that looking like Satan was pleasant, so I’m curious to read more. Second, the main character is being compared to Satan–I’m interested to know more about him. And the qualifier of “blond,” just makes me more curious.

You don’t have to use the contrast technique, but I think it probably works most of the time. Sometimes just a poignant description works. Here is how “Eragon” by Christopher Paolini opens.

Wind howled through the night, carrying a scent that would change the world.

One more technique: capture your character or narrator’s voice very well. A great voice is one of the first things that grabs editors’ attention. Here is the opening of “Harry Potter”.

Mr. and Mrs. Dursley, of number four Privet Drive, were proud to say they were perfectly normal, thank you very much.

Can you hear that interesting voice in “proud to say they were perfectly normal, thank you very much”?

I have gone through thousands of short stories in submission piles, and I can’t tell you how many times I get openings like this:

I woke up to my alarm clock blaring. I got out of bed like usual and got dressed and showered. I had toast and eggs for breakfast. I went to work just after eight. -this is boring, and I know it’s not important to the story. Get me to the important part!

Also, try to avoid starting your story with your character waking up, waking up on a regular day doing regular things, or waking up from cryosleep, waking up at all. I kid you not, I get a story that starts like that every day at work, so when I see a story start like that, I don’t want to read it. Sometimes I just reject it if it has other read flags.

I’m not saying these openings can never work (all writing rules can be broken), and many of these things are perfectly acceptable later in your story; but if you start your story this way, you better have a good reason for starting this way and an interesting way of telling it, because they are super cliche, and I groan every time I get one. 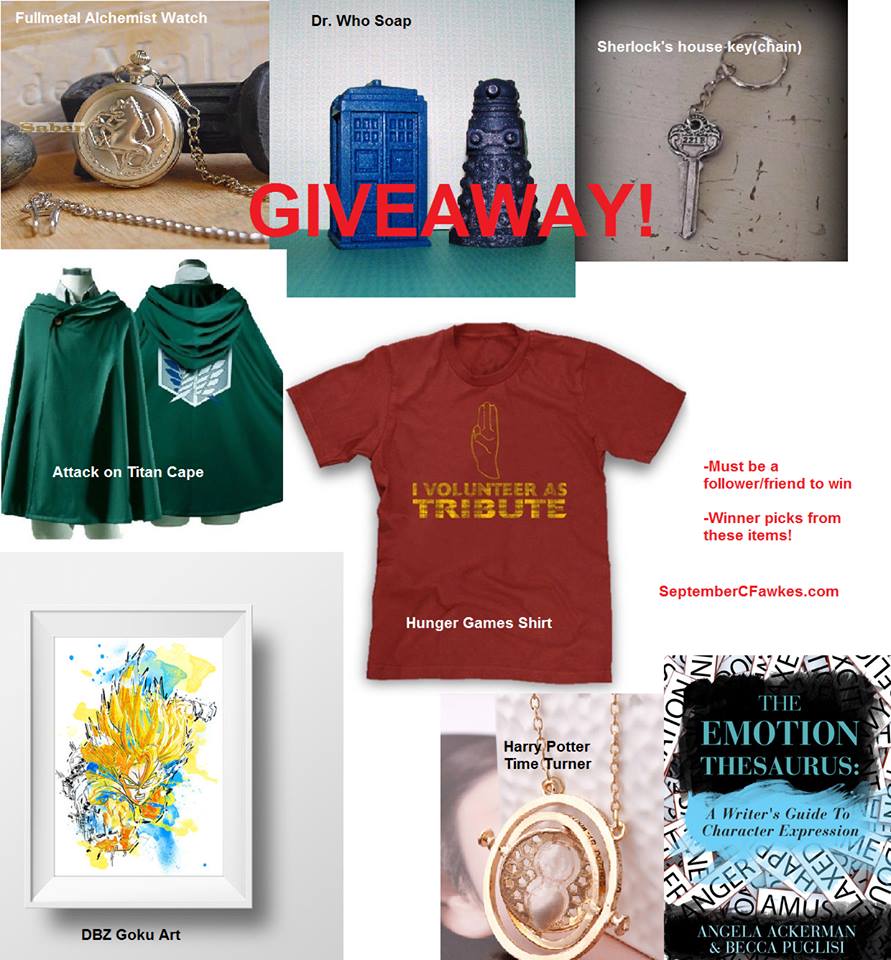 Doorway to Inspiration
Write to Reveal What’s Hidden
Why I Don’t Enter Writing Competitions
6 Tips on the Process of Writing
Audio Books Aren’t Really Books
WELCOME To the World of Books
Write Sober, Edit Sober
Choosing the Right Names for Your Characters is Crucial

Sometimes September C. Fawkes scares people with her enthusiasm for writing and reading. People may say she needs to get a social life. It’d be easier if her fictional one wasn’t so interesting. September C. Fawkes graduated with an English degree with honors from Dixie State University, where she was the managing editor of The Southern Quill literary journal and had the pleasure of writing her thesis on Harry Potter. Today she works for a New York Times best-selling author, is penning a novel, and sharing writing tips on her blog, which you can find below.