It’s been a long time since I’ve noticed a real war between writers and adverbs. I am sure you heard about it, also. Lately, we cannot even talk about a war because it was almost transformed into a rule in the Writer’s World.

Today I found a quote” The road to Hell is paved with adverbs”. These words are attributed to Stephen King. Whether this big author said it or not, I can’t know at this moment because he never told me these words directly, and all I know is that I see them written and attributed to him.

I am sure that if he said them, he also explained why he used such a powerful comparison.

In fact, I couldn’t remain in the unknown, and after I had seen these few words, I tried to identify what exactly Stephen King said about adverbs. I did it because… well… because I simply love adverbs. 🙂

After a short bit of research, I found this:

“I believe the road to hell is paved with adverbs, and I will shout it from the rooftops. To put it another way, they’re like dandelions. If you have one on your lawn, it looks pretty and unique. If you fail to root it out, however, you find five the next day… fifty the day after that… and then, my brothers and sisters, your lawn is totally, completely, and profligately covered with dandelions. By then you see them for the weeds they really are, but by then it’s—GASP!!—too late.” – Stephen King, On Writing: A Memoir of the Craft

Well… I have to admit… my Ego is “totally, completely” and dissolutely satisfied by the longer form of the quote.

Being a writer myself and using words to express my message to the readers, I started to wonder if I have the same opinion as the quote states.

Let’s take my case. I write both fiction and non-fiction. While, for the fiction genre I tend to admit that the quote is adequate, for my non-fiction writing I still use adverbs. Moreover, this pleases me, and I hope it also pleases my readers.

I wonder… if I were to take an example from one of my non-fiction articles and to replace the adverbs with other words, according with the general statement “show, don’t tell”… how would this sound?

Most of the non-fiction readers are busy people, who want to receive answers to their questions almost instantly. How would they sense my writing if I would start “showing them”, letting them develop their imagination… when they need a fast answer?

What if, for example, instead of telling my readers after doing a book review…

“You should buy the book, NOW!”

I would replace my call to action with, “You should buy the book, at the perfect moment when the dark past is already gone, and the bright future is yet to come.“

Who knows? Maybe I would obtain some tears based on a deep awakening of their soul, or… maybe, my readers will gain a headache trying to figure out what the “hell” I just told them about what’s best to do.

But… my call to action… the goal to tell them that it’s for their interest to buy the book if they want to receive certain answers to their problem NOW … will become unnoticeable. 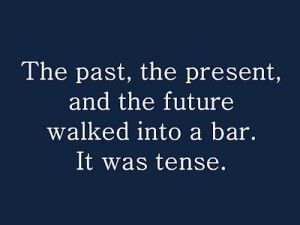 Whenever I need to refer to a grammar issue, I like to refer to my favorite website dedicated to this domain… Grammarly.com

Hmmm… a smile arose on my face just NOW… I never thought about this before but… can you also notice what I just saw? The war against adverbs is directed most of all towards the “ly” ending adverbs.

I just realized that my favorite website when it is about grammar… has a Grammar-ly name.

According to the definition found What are adverbs?:

“Adverbs are descriptive words which are used to add detail to a sentence. They can give important or necessary information (e.g. Please hand me the scalpel now), or they can just make the sentence more interesting or detailed (e.g. A wind blew violently and unceasingly around the town). Adverbs usually modify verbs, and they frequently end in ly.” 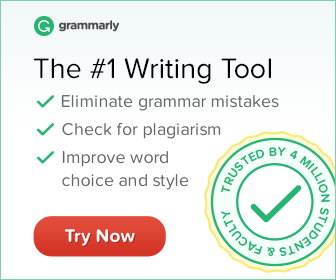 Now… kindly let me tell you briefly a few more words about adverbs. 🙂

We all know that many adverbs end in “ly”. This is the easiest way to spot an adverb. I don’t even feel the need to give some “ly” adverb examples. I can almost bet you can bring more of them to “the table”.

But let’s not forget that some adverbs tell something about where an event occurs.

We also need in our sentences construction to use adverbs that tell when the event happens.

I already mentioned above that I simply love adverbs. I understand the war against overusing them, but at the same time I truly believe that adverbs are needed, and a writer should listen to his/her heart when choosing to use them.

As for me… most of the time I use adverbs as intensifiers. Yes, this is another role played by adverbs.

I absolutely refuse to follow a rule if my heart truly whispers to me that I should choose another road.

I am definitely not the “mob rules” type. 🙂

This reminds me of “old” times… or maybe not so old. 🙂

MOB RULES… do you also remember?

Heaven and Hell Album… hmmm… did they sing about “the path to hell” and adverbs?

22 Things You Must Know About GRAMMARLY
What is a Book-Blog Tour?
23 Steps To Quit Your Job And Become A Writer
10 Steps of an Octopus Love Story…
Are You a Comma-Masochist?
The Story Behind a Book
13 Writers Talking About Writing
Who is a Writer?

MCSimonWrites.com
Articles For Writers
Tags: about adverbs, call to action, english grammar rules, heaven & hell, heaven and hell album, intensifier adverbs, kind of adverbs, mob rules, stephen king, the mob rules, the path to hell, the road to hell is paved with adverbs, what are adverbs