The robots of Terrabot where left behind when a very advanced race of biological beings fled their planet which was in the path of a large asteroid. The robots they left behind were mainly unaffected by the aftermath of the asteroid strike because they did not need oxygen, or food, nor daylight to survive. Left intact, too, were the facilities to construct more robots. In time the robots formed a government which ruled by ‘Machine law’. Machine law dictated that assets and resources belonged to the individual or group best able to fully utilize them. The law assumed that those deprived of ownership would automatically understand the logic and would agree with it. If they did not, however, it would constitute the legal authority for Terrabot to subsume the asset by force. Machine law and biological social laws are, therefore, incompatible.

There has already been one hostile encounter with Terrabot in the first book of this trilogy. The Terrabots had tried to draw the forces of the Ongle System Of Planets into an unequal battle. The bait they used was the planet Earth. In this book the Terrabots are back and things boil over into all out war in which more than a million ships on either side wage war across the galaxies. In battle both fleets employ Dark Matter Transit techniques to out flank and destroy their opponents, as if a giant lethal game of chess is being played out across the universe.

This is not quite poet laureate standard, but in a world where the nation with the most nuclear war heads defines democracy, sometimes it is good to reflect that the human race could go on until next week , or still be around in a million years time, if they get their act together ! .So this little poem closes my book Dark Matter Transit 2, just after World War 3 has broken out :-240_F_298025284_vHUsd9ZZF8tu71kGpqBsVgzYwxXXfABQ

An Ode To Dark Matter

From the addendum to the book Dark Matter Transit 2

I see it not, but I am aware,
I know that there is something there.
What is this thing that fills the void
twix you and I and the asteroids ?

It cannot be measured in feet or metre,
Nor even by mile or kilometre.
What is its’ use, I wonder why
It lurks unseen in a clear blue sky ?

Is it the flux that binds-all-together,
from Saturn’s rings to Scottish heather ?
Is this the place where spirits thrive.
The place we go when we are not alive ?

It is the unknown between the stars,
from way out there and Earth and Mars.
It is the path, as we evolve,
that beckons us on and on to solve.

What future then awaits mankind ?
If only we were not so blind.
Are our differences just so great
that world war three we contemplate ?

Sidetrack not-then our ultimate role
for irreligious or political goal.
If we can survive as the human race,
wonders galore await us in space !

Vernon J. Yarker was born in South Woodham Ferrers, in the county of Essex, UK, in 1936. He joined the Royal Air Force and trained as a telegraphist and spent the next 25 years with them in many countries. When Vernon left the Royal Air Force he worked in Holland before returning to England where he engaged in another military occupation.

Vernon was the founder and Chairman of a national charity and served on three national committees for organizations relevant to the elderly. He is now retired and lives in Maldon, Essex, UK. 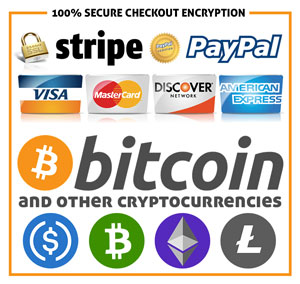