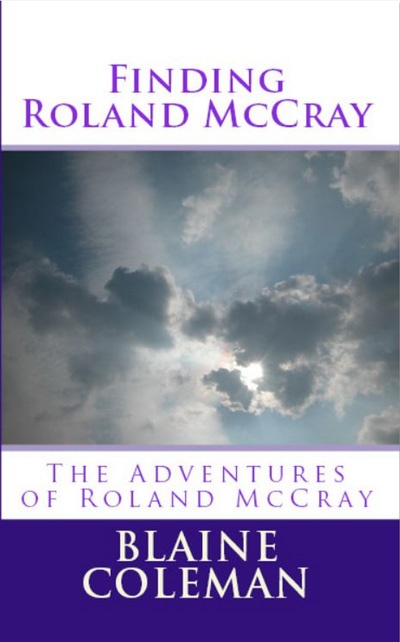 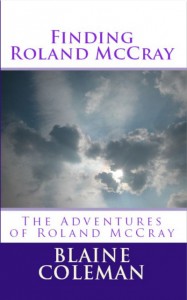 This book is part of in “The Adventures of Roland McCray” series. These stories see every moment as its own adventure, rather than adventure stories in the non-stop, action-packed thriller sense. They follow the life of Roland McCray from age eight to eighteen Roland’s story begins in a small, southern town in the 1960’s and recalls a simpler time to be a kid, when children played outdoors for hours instead of spending hours on their smart phones, tablets and video games. He attends a Baptist church with his family and it’s a peaceful life, on the surface. Inspired by his grandfather’s quiet, unwavering faith that all things work for the good of those who seek good, his Church’s fire & brimstone teachings seem false. Roland experiences those angst-ridden teenage years when he is no longer a child but not yet an adult. He learns the pain of loss and feels that joyful rush of first love. He comes to understand the need of forgiveness and acceptance in an often confusing world and begins his own search for truth. As a teen, Roland is enticed by more temptations than ever, but he believes in the quiet morality of his grandfather’s belief, that faith isn’t a thing to be displayed to the world but is a quiet certainty that all things work for the good of those who seek good. Roland holds fast to that faith to overcome the beliefs imposed on him by the church his entire life and as a guide to his own Path to God. Will Roland find his Path, that truth he searches for, or does he take the path of least resistance that most people choose because it’s the easy way? Each chapter is a complete story, but taken together, they form a whole that is greater than the sum of the parts. This book will quickly pull you into Roland’s world and the coming of age struggles everyone faces. Roland’s story is a nostalgic tale of a young man growing up in the south and losing his religion to find God. His is an ultimately satisfying and inspiring story that will leave you with a new view of the beauty that is life!

feed near the fields that bordered the woods on both sides of the swamp. Turkey buzzards soared above, dark against the sky, sailing atop the morning thermals as the sun warmed the fields. I loved the fresh, clear, crisp-in-the-winter morning air, the sounds of birds and squirrels, the forest awakening to a new day…

Okay, this is where I’m supposed to say something about myself… A lifelong resident of Virginia, I grew up in the rural southeastern part of the state with a large extended family. As a child, I attended a Baptist church with my mother and two sisters until I stopped attending at age twelve. After high school, I was foolish enough to drop out of college after one year to get married. The marriage didn’t last, but I was blessed to have a wonderful son, Jason Adam. Over the years, I’ve worked as a busboy, dishwasher, cab driver (a difficult, low-paying and potentially dangerous job which I wouldn’t recommend to anyone), a delivery driver and once worked a four week night-shift stint in a ball bearing foundry where the melted steel was so hot that large bay doors along both sides of the building were kept open all night even during the winter, a retail clerk, garden center helper then manager, retail store manager, regional manager of a retail chain, manager of an auto repair shop, an independent courier and an independent contractor/landscaper. At age 35 I opened an antiques mall which I sold in 2006. Those disparate job experiences provided me the opportunity to meet and interact with a wide range of people in all socio-economic brackets and learned that the old adage is true- people are people and if you skim away all the trappings of materialism, we really are all the same. I try to put that ethos to good use in my daily life and writings. I sincerely believe that all people are loved by God, are Children of God, and will, eventually at least, find God and that there are many paths, so I won’t denigrate anyone’s chosen path since God has a plan for us all. When I was thirty, I returned to school at Virginia Commonwealth University, in Richmond Virginia, where I majored in Religious Studies and minored in Creative Writing with a focus on fiction. I attended evening classes and worked a full-time day and part-time evening job so that I could attend VCU while raising my then 7 year old son on my own. I was fortunate to have incredible writing teachers, one of whom helped me appreciate the power of poetic prose, another who inspired in me a love of southern fiction. I now live in a rural area near Richmond where my beagles, 5 year old Leah and beagle puppy, Sage, have room to run and I’m able to spend my time gardening, reading voraciously and writing as often as possible. I write more than southern fiction, but in 2012 I began a series of short stories, “The Adventures of Roland McCray”, which I want to develop into a trilogy of stories about a young boy growing up in the south and learning to question the religious beliefs he has been taught in church as well as the race and class divisions he sees in his everyday life. My latest release, “Falling Water: Stories & Poetry”, examines the challenges we all face in life, the joy and the grief, suffering and happiness, loss and healing, and the inherent goodness in life that underlies it all.

We’d love to hear from you, please leave a Review!