Michael’s Mystery: The Nations of Peace

Before I started reading the book, driven by curiosity, I intended to read the first chapter and come back to it later. After starting to read, I don’t know how or when, but I found myself already at the fourth chapter. This was a surprise… I didn’t even notice.

Soon after, I was immersed in the story so much that I had forgotten that it is a fantasy genre. I thought it was real and felt that I was part of the story, witnessing it all.

All the way from the beginning pages, when I had not yet figured out the plot… on a hidden level, my blood started to boil being dragged into a world of magicians, humans, dragons and… lust.

When Andesine and Michael had to use magic and healing to cure some children, all my being was attracted to the procedure described. What is not known about me in the writing world, is the fact that I was, and maybe still am 🙂 a healer. Therefore, each time I read a story that talks about these kinds of events, I am very curious to see how the author deals with them. From this level, I can say that… Linze Brandon, the author, did a very good job.

Even if only for this, I would totally recommend reading this book. What the author says with words and what she let transpire behind the words… made me think of a hidden wisdom.

When To’oru appeared and said that the crimes were done by the dragons… again this made me wonder. The story about Andesine and Michael kept me so deeply busy, that… I realized that I had forgotten about the dragons that opened up the book. I don’t think I’m lying when I state that until now, this has never happened to me, to forget a character while reading the book.

After I had closed the book, I was in a “wow” state. I still am, while writing this review. I am not even sure what happened to me… I was dragged inside a parallel reality, into a well-built romance, a great mystery… and for some moments, I was so sorry for having to come out. I wished the story was longer, even if I don’t know what other things can be said after all that has already been said. But… somehow… deep inside my heart I know that the author’s brilliant mind would know how to drag me in again if continuing.

I have a list of my favorite authors for sure. Today… the list has become even longer… Linze Brandon has already found a good place there.

Five stars from me! 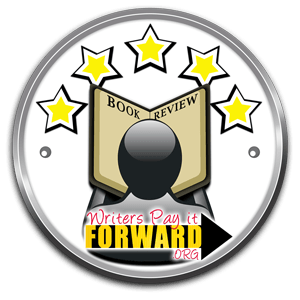 It was time for the Lords of the High Council to step in when the Grandmaster of Kryane is accused of murdering his own people. They had little choice but to prevent the collapse of the whole magicians order, so they sent Michael to investigate the allegations.

The people of the desert planet were an enigma, but none more than Andesine, the healer assigned to assist Michael. Why did she report the Grandmaster? Was she involved, or was there something more sinister going on?
The more people they interrogated the more they suspected that nothing was as it seemed. Not the murders, nor the Grandmasters’ motive as everyone thought.

Unable to resist the growing attraction between them, Michael and Andesine learn that they had to trust each other with their own secrets, and risking any future they might have.

Time and again the High Lords had to step in to prevent chaos on Kryane, but time was running out for Michael and Andesine. They had to get a new Grandmaster in place before the Kryane Order collapsed completely. And they had to find the who the true culprit was.

Fortunate to escape an attack from this monster once, they were risking the lives of many others in the process. Before the High Lords could formulate a plan, Michael and Andesine were captured, leaving the High Lords helpless to prevent it.

Kidnapped and imprisoned, Andesine was confronted with the realisation that if they were to survive their ordeal, it was up to her and her long suppressed powers. But as a healer she saved lives, would she be able to destroy the monster before he forces her to unleash her power to destroy the future of mankind?

Michael went to investigate the serial murders allegedly committed by the Grandmaster of Kryane. Andesine knew she was different and had a lot more to hide than her abilities. As their attraction grew, so did their suspicions that the real reason for the murders were not as simple as people believed. They soon learned that there was a plan in place that did not only endanger their lives, but the lives of every living being in the four dimensions.

Other Books by Author

Teaching herself to read before she went to school, it was the start of her life long love affair with books. Trained as an engineer, Linzé has worked as an export consultant and is presently a project manager. Although she still loves to read, she also enjoys counted stitch embroidery, archery, tai chi, fly fishing, painting, her husband’s medal winning photographs and watching Manchester United play.

She counts both novels and short stories to her publishing credit. Her fourth novel, Waiting for Adrian, is planned for publication early in 2016. Her story, The Vernal Equinox, was a finalist in a sci-fi flash-fiction competition in 2015.

Linzé Brandon lives in Pretoria, South Africa, with her engineer husband and German Shepherds who are convinced that the world revolves only around them.