Want to fight and live alongside Robin Hood?

Then select the following link to see how YOU can enter and stand beside Robin Hood
as he fights the invading Normans in medieval England.

Liam Cadoc, author of The Archer’s Diary – Book One, is preparing to write the sequel—Book Two, and he invites two of his readers to take an active role in his forthcoming book.

There are two places vacant to fill in Robin Hood’s band—one female, one male. During the writing of Book Two, the author (at his discretion) will confer with each of the two winners at times, asking what decision they might make when confronted with a particular situation. The winner’s decision could prove vital to the outcome of the story.

In addition to their active role in the story process, each winner will have their own page at the end of the book, highlighting their involvement with the author, their winning paragraph entry, and their own short bio and photograph (if they wish.)

This is a unique opportunity for readers to participate alongside author, Liam Cadoc, in the creation of a medieval world and to open the door to action and adventure, and life and death, for other intrepid readers to enter.

Cadoc endeavors to create a feasible balance of historical fact and fiction into his writing in order to meet his obligation, as an author, to his readers. To that end he spends a large part of his conceptual writing on researching the world in which the characters will inhabit. “I’ve always had a fascination with history, particularly the medieval period of England. I’ve also taken a keen interest in the historical aspects that lend some authenticity to the Robin Hood and Arthurian legends. Though my genre is classified as historical fiction, I hope that my readers will come away with a better understanding and appreciation for how people survived and endured before the inception of the basic luxuries we take for granted each day.”

He penned his first fiction while in high school and was quickly recognized by the English and History staff, and his classmates, for his vibrant imagination. He was also a talented artist and, after graduating, followed a career as a graphic designer in the publishing industry compelling him to put aside writing for a number of years.

In 1998, he met his American wife-to-be on the Internet when online dating was in its infancy. After several months of long-distance romance, they wed in Sydney, Australia and he elected to return to America with his wife to begin a whole new life together.

Now retired, Cadoc has the time to return to his love of writing and has spent 9 years working on The Archer’s Diary, his first historical fiction novel.

He enjoys bare-bow target archery, reading, writing, kayaking, movies, traveling, and doing the occasional commissioned portrait of animals and people. He currently lives in central Florida with his wife. 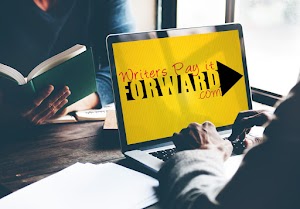